Sign up to Receive the ACE Fitness/ACE Nutrition Newsletter

On April 24th I had my 1-year check-up after having had a total knee replacement in April 2014. My knee passed inspection – with flying colors. All of the hard work at ACE Fitness paid off!

Some background: I had a long-standing knee problem and surgery, needed when I was a teenager, set me up for issues that would end up meaning that I would need to have a total knee replacement. Actually, way back when I was 17, the orthopedist warned me that I would likely need this surgery, “eventually”.

The “eventually” became apparent during the 2012-2013 ski season. Each delightful day on the mountain meant a night of painful swelling and lost sleep. As the end of the 2012-13 ski season approached I had trouble getting in and out of the car and climbing the ladder to our sleeping loft. As summer progressed my ability to hike, bike and dance (I belly dance) became more limited as my knee flexion continued to decrease. It seemed that the 2013-14 ski season would be a total loss. It looked like I would go into surgery really out of shape. I was not in a good place.

A friend told me about her experience with ACE Fitness, singing Ryan’s praises as a talented and competent trainer. Ryan and I talked about my goals; I wanted to ski during the 2013-14 season and I wanted to be in shape and strong for surgery in the Spring of 2014.

We agreed to a twice a week schedule of sessions aimed at increasing strength, muscle tone and endurance and maintaining (or improving) mobility. It wasn’t easy, but it was always fun. Ryan knows his stuff! I got strong! I skied 45 days during the 2013-14 winter, mostly at Cannon! When it came time for surgery in April 2014 I was ready – physically (and emotionally) prepared. Recovery from surgery was a breeze. I didn’t even need any post-surgery pain medication, other than occasional ibuprofen. PT sessions went well and soon I graduated – right back to ACE Fitness!

Oh, BTW, I skied this winter too – on my new knee. And, I am still going to ACE Fitness and working hard! Great people, great place, great workouts! Give it a try!

I met Ryan Largay in October 2012. I was overweight and physically and mentally unhealthy. The first day I met Ryan he asked me what my goals were. I told him I wanted to get healthy, lose weight and be stronger.
Over the past year and a half, I have learned so much about myself, my health and my physical and inner strength. I have battled through weight plateaus and pushed through workouts that I wasn’t sure I would make it through. Ryan was there every step of the way – supporting me, encouraging me and pushing me. He knew my limits and capabilities, sometimes better than I knew myself.
One year later, with the help and support of my wonderful family and my trainer, Ryan Largay, I have exceeded my goals. I have lost 55 pounds, lost 10.79% body fat and I have lost a total of 47.5 inches. I am strong, I am more confident and I am healthy, mentally and physically.
Ryan Largay is the real deal. He is a professional athlete. He is incredibly knowledgeable, patient, encouraging and takes your health and your goals seriously. Ryan is dedicated to helping you achieve better health and I am proof. Thank you, Ryan, for impacting and improving my life!

You guys give us the tools we need, and constructive feedback that is valuable and not just what you think we want to hear. I see your clients and members as brick houses being built one brick at a time. On game day, you guys have us prepared damn near perfect and we can just perform. You don’t need to be screaming in our faces HOPING we can do it, you stand back and WATCH US do it. 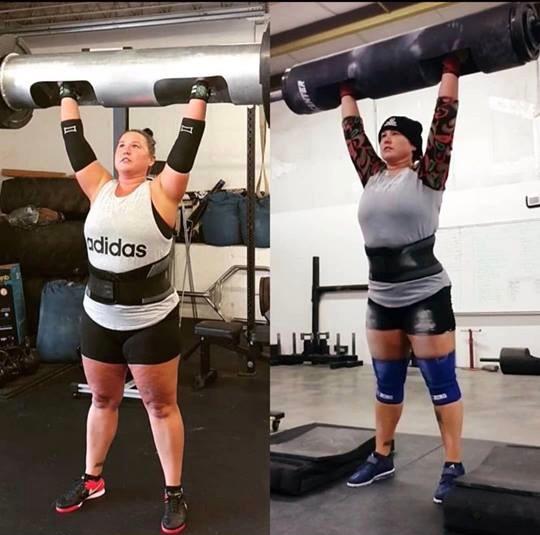 Over a year ago, I ‘thought’ I needed a personal trainer to assist me in mixing up my dull workout routines and to help with my many aches and pains! I was SO WRONG…. I DESPERATELY needed a personal trainer and I found the very best in Ryan Largay. Ryan has a way of pushing me beyond my limits. With his positive reinforcement and encouragement, he has brought me to a fitness level that I truly did not realize was attainable.

I feel better, much more fit and healthier than I have felt in my entire 52 years! I’ve taken off unwanted pounds and my clothes fit better!! I am stronger and have nowhere near the aches and pains I had when I started training a year ago.

Ryan is an incredibly knowledgeable trainer who has a true passion for his work. He develops and tailors workouts especially for ME, his client, to strengthen and tone the areas needed – and this is no small task. Ryan is always well prepared, dependable, and keeps things interesting with no training session ever being exactly the same. He is a kind, caring, motivational individual, full of integrity, who makes you want to strive to do your best! Ryan never hesitates to go the extra mile in helping his clients achieve their individual fitness goals.

I’m hooked; I’ll never quit. After a session with Ryan, I’m on an emotional and physical ‘high’ that lasts the entire day and makes me look forward to our next session. In a nutshell, Ryan Largay is the ‘real deal’ when it comes to a personal trainer…and a human being!
Nancy Poulos

Without a doubt, training with Ryan Largay is the best thing that has ever happened to my exercise regimen! For years I exercised every day but kept gaining weight. Frustrated, I took my brother’s advice and started training with Ryan. I love the incredibly challenging workouts and with Ryan’s never-ending patience, encouragement, and expertise, I have lost 20 pounds and 13% body fat in 15 months. I am amazed at the amount of energy I have, the positive changes in my overall health and fitness, and I’m able to wear clothes I haven’t fit into in years!

Ryan pushes me to go beyond anything I ever thought I could do and it’s so obvious that he takes my personal needs and goals into consideration when planning the workouts. I really look forward to each and every training session – I’ve never had an hour pass as quickly as my hour workouts with Ryan. Sometimes I wish I could go there every day because I feel so great when I leave there! I could never have done this without Ryan and I can’t thank him enough! He is absolutely THE BEST and I will absolutely continue training with him. Because of him, I have reached goals I never thought possible. Thank you Ryan!!

We are located at:
648 Union Street
Littleton, NH 03561
(behind the Learning Center)